Uplift is the World's 1st Solution for Jet Lag and Support for Your Immune System.

Jet Lag impacts all your physiological systems, and especially your sleep. It also impairs your digestion, body temperature, stress levels, and immune system.

NASA research shows that it can take from 12 up to 24 hours for your body to adjust for each time zone crossed, a fact which can ruin vacations and affect important business meetings.

Time to enhance your travel health, performance, and wellness with Uplift. 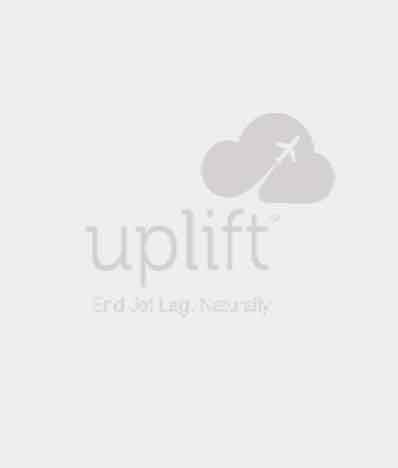 Uplift is a Mobile App that guides you to Reset or Biohack your body clock to your new time zone.

Biohacking is the process of using science and biology to take control of and upgrade your body, mind, and life.

Uplift is a Natural Solution that teaches you how to use Pressure Points, a modified form of Acupressure to do this yourself when you travel.

In 3 steps you learn how to use Uplift.

2) Follow the videos and pictograms to find the 2 pressure points.

3) Apply medium pressure to the two points for a minute on both sides of your body.

Like Yoga & Meditation the Uplift Treatment redirects energy and blood flow to reset your new time.

Based on thousands of trips and over 50,000 time zones crossed we have learned from Uplift users that they:

You are not falling asleep during the day and lying awake exhausted at night.  Sleep is when you heal and recharge your immune system. You are reset and can resume a normal sleep cycle with respect to your time zone.

The stress on your body created by adjusting from one time to another is what creates the pain and discomfort of Jet Lag. The chances of irritability, headaches, diarrhea, constipation, concentration issues, and other problems are greatly reduced being on local time.

Higher performance and productivity for work, play, or sport. Faster recovery time means you are less run down, and your immune system is better capable of defending itself from all the germs it encounters traveling. Reduce downtime for you on the road and when you return at home with your family.  Enhance your travel resilience. 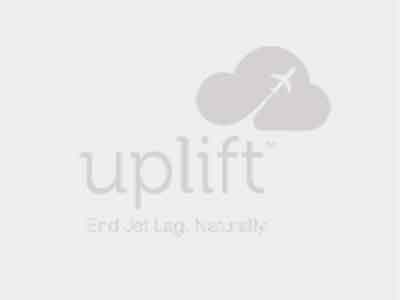 Trip to Cambodia and Thailand.

I am so happy I found it!

Because I have three kids and they are fairly young, I first use a pen to mark dots on all points on each side, on each child. Then, as I am holding their points, if they squirm or pull away, I don’t have to find the points again. The kids sleep through the night immediately and usually wake up at a normal time. Sometimes I might be a little more tired than usual, but my sleep is not disrupted. And, as every mom knows, it makes all the difference. Uplift has become a seamless part of our travel routine. With Uplift, there is much more energy and more time to enjoy a trip. I am so happy I found it!

I can say, with absolute confidence, that I’ve used your product on 6 round-trip trans-Atlantic flights and found that using the acupressure points as prescribed by your app reduced my sleep disruption due to 7-9 hours time change and accelerated my body’s readjustment to local time. I am happy to now fully endorse your product publicly and associate it without hesitation with Restoration Vacation.

I used the Uplift app on my trip to the US Masters Golf in April this year. After 18 hours of travel both ways I held the Acupressure points on both sides of my body as shown and had no jet lag symptoms going to or returning from the US. Last month, I used the app again for my flights to and from India from Australia and was staggered how well I felt after each trip. I would happily recommend the Uplift app for any traveler.

Greg Chappell I was staggered how well I felt after 18 hours of travel!

I had no jet lag

I have to admit I had no Jet Lag, I just went straight back into a normal sleep pattern, sleeping through to the alarm and no daytime drowsiness. I am usually skeptical of anything that I cant scientifically prove but I have to admit it worked 100% for me!

Thank you, Thank You!

I successfully used your app for my trip! What a relief not to experience jet lag. Thank you, thank you!

I thought there was nothing I could do about it

“I have been traveling between London, New York and Hong Kong frequently for the past two years and had difficulty adjusting myself to the different time zones. At first I thought that was because of my getting older which made adjusting to a new time zone more and more difficult. When that happened, I was feeling not only dizzy all the time, but also lost my appetite for a few days, or even more than a week. And I thought there was nothing I could do about it. But all that discomfort magically disappeared as soon as I started using the Uplift App. It quickly make me "feel" like in the time zone where I landed after I exercised what the app taught me to do.”

Not up in the middle of the night!

Before Uplift I would be awake at 3-4 morning and not go back to sleep, making for a tough day. Now with Uplift even if I wake up in the middle of the night I go back to sleep and am well rested. It has made a meaningful difference in my travel!

On schedule, no jet lag

I have absolutely no jet lag thanks to you! I'm actually in shock and disbelief! It's so crazy that despite my dramatic and crazy travel experience, it actually worked for me! I'm in shock! I've been getting sleepy around 11pm and waking up at 9 am every day. That is so odd for me to be on an exact schedule like that!

I didnt lose a moment of my vacation!

After trying the Uplift App, I was up until 11pm local time on day one in France and felt AMAZING.. …. Didn’t feel like I crossed any time zones… Got up the next day and felt no jet lag. It was THE BEST $$$ I EVER SPENT! Time is so short on vacation ~ I didn’t want to lose a moment! And I didn’t!

Huge difference, was miserable before!

Have been using Uplift my last few trips between Boston and China and it has made a huge difference for me! Before Uplift I was miserable and perpetually Jet Lagged travelling nearly every month to Asia. Amazing!

Lots of trips between Sydney and London

I have not had jet lag since Uplift

I found your solution in Australia, and I can now honestly say I have not had Jet Lag for years!!

Still sleeping incredibly well. Unbelievable. Of course you can use my review.

Use religiously when I travel

Ever since I came across the system, I have used it religiously, whether I travel over three time zones or twelve. While others need naps and sleep late, I am always raring to go and up at my regular hour. I quickly feel right at home in the new time zone.

Could not believe the difference.

I am impressed, could not believe the difference this simple procedure made. I was totally sceptical of the system and its proclaimed benefits, but I was feeling very jet lagged after 26 hours of flying decided to give it a go. I could not believe the difference - I suddenly felt alive and energetic again, and the most amazing thing was that it lasted!!!

This is to report that the jetlag device WORKED. We were in the U.K. for eight days, did the treatment when we returned, and are back to the U.S.A. and up to speed. What a pleasure.

It’s so simple I just didn’t believe it could work, but it DID! For the first time I flew to the United States and back without days of jet lag, all with just a touch of my fingers! 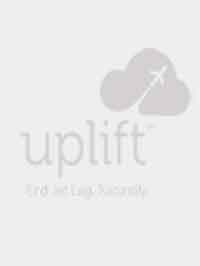 A near tragic accident, heroic journey, and 30+ years of scientific research by Dr. Charles Krebs led to this discovery.  Charles was traveling from Melbourne Australia to Germany to teach neurology, and he had a problem with Jet Lag, so he used his unique skills and knowledge to develop the Uplift solution.  The Uplift treatment resets your body clocks and biorhythms to your new time which neutralizes the effects of Jet Lag aka Desynchronosis by using Biorhythmic Acupressure to effect blood flow and energy in your Meridian body clock. The Uplift Story Video above shows how it works and our White Papers explain the science behind the solution, but our users testimonials explain the effects and benefits best.

- Global expert and author / co-author of 4 books in English and in German and over 50 published papers on kinesiology, acupressure and neuroscience.

- Inductee into the Energetic Kinesiology Hall of Fame.

Protect your Health, and Enhance Your Travel Performance and Wellness in a Covid World.

Download the App Now and get your 60 Days Free Trial or sign up for $19.99 per year or $3.99 per month for unlimited global travel.